FREELANCERS‘ final chapter hits shelves this Wednesday.  I’m sad to say goodbye to the girls (for a while…), proud of Team Freelancers for the work we did (shout outs to Chris Rosa, Bryce Carlson, Matt Gagnon, Felipe Smith, Joshua Covey, Popov Vladimir, Patrick Brosseau, Ian Brill), and still floored that I landed the gig in the first place. 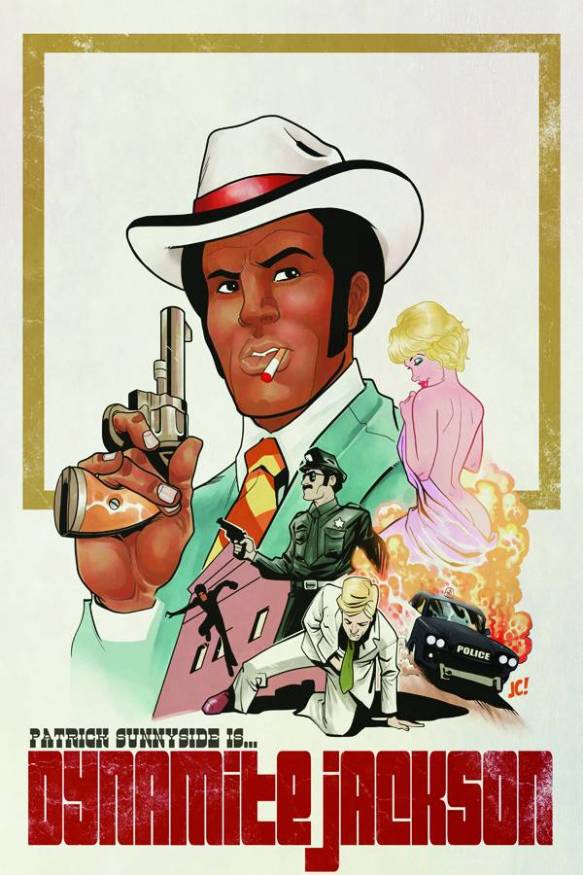 This book literally changed my life.  I’d never worked on a multi-issue arc before FREELANCERS, never worked a convention outside of Arizona, never flown on an airplane, never left the country, never had the support of a dedicated marketing team.  Hell, I still had a day job.

Five issues later I’m a better writer, in a better place emotionally, and about three weeks away from achieving my over-a-decade-long goal of getting the Hell out of Tucson and starting my life as a multi-platform pencil-for-hire. 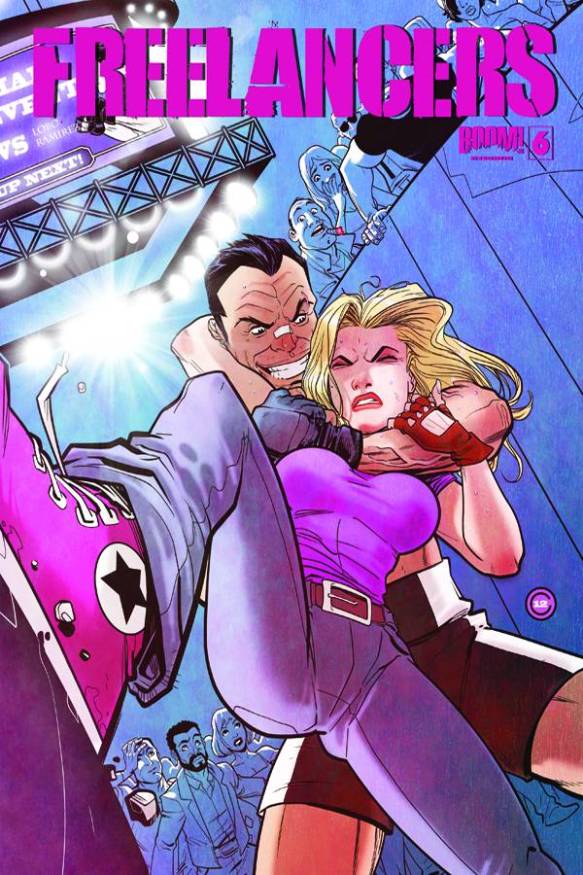 Cass has a line in this week’s FREELANCERS #6, “Get outta here and go surprise yourselves with what you’re capable of.  Go become who you were always meant to become”.

It’s not a bad idea. 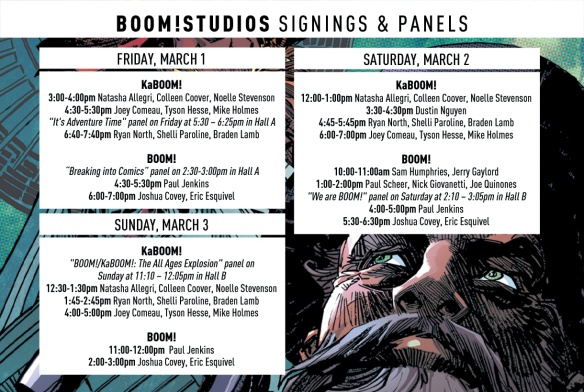 Emerald City Comicon is this weekend! 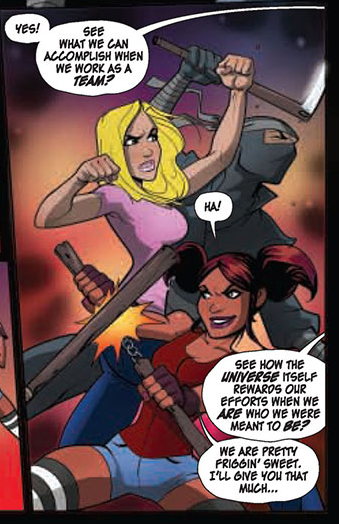 “See how the universe itself rewards our efforts when we are who we were meant to be?” – Drachmann , FREELANCERS #3 (Online and in stores everywhere 1/16)

Send me a photo of you holding a copy of Freelancers #3 (available everywhere 1/16)!

I’ll pick three of you comely devils at random and send you a FREE, signed, variant cover copy of the issue (And probably some extra buttons and crap, too)!

DON’T FORGET TO TELL ME WHERE YOU BOUGHT IT FROM! 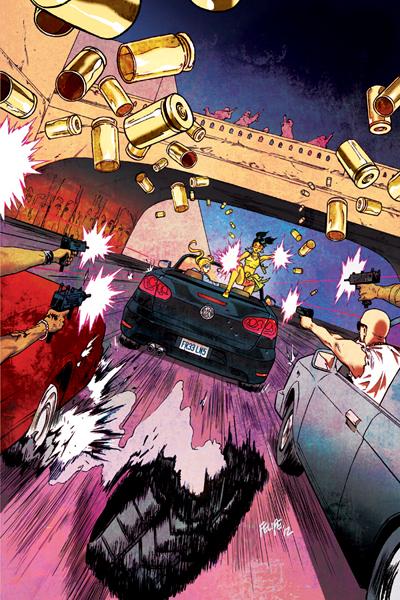 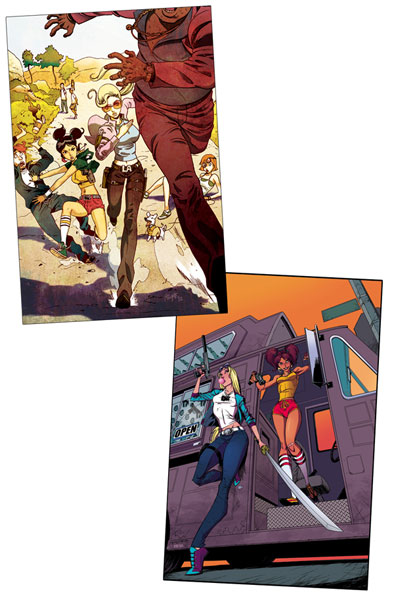 1.)  In the heightened reality of Freelancers people say “protect ya neck” all of the time.

One reviewer took umbrage with Val’s exclamation, and claimed that it took him out of the story.

…The story about two sexy bounty hunters who grew up in a Kung Fu orphanage, and function in a fictional L.A. criminal underground wherein every Linday Lohan and Brittany Murphy is secretly a Boba Fett.

I don’t know what to do with that.

2.) “They can wail on us ’til our bones turn to dust…doesn’t mean they’ve beaten us” are some pretty good words to live by.

3.) My editor changed “it smells like someone set an orphanage on fire” to “smells like napalm and hairspray”.  He was probably right to do so.

4.) The Bruce Lee taunt.  Doesn’t get any better than that. A kung fu staple.

5.) I tried to sneak hokey martial arts “dad captions” into this.  One of them was “Aja’s Iron Fist!”.  Terrible.  Super hacky. Ultra derivative.  I’m glad they cut it.

6.) I think my brother was the first one who told me about “white parties”.  He used to be the night life columnist for The New York Post.  Pretty much the Bizarro me.

7.) “Burgos” is named after Dan Burgos, a contributer to www.ComicBookTherapy.com , and a good friend.

8.) Cass and Kat’s sibling rivalry comes out.  Cass’ argument is pretty weak.  I don’t buy it. You shouldn’t either.

9.)   Super high brow masturbatory meta-humor.  I am the Dan Harmon of comics!

10.) Look at those hues!  Vladimir Popov did a great job with this one.  It’s like Purple Rain meets Drive.

11.) That last panel is missing a word balloon.  It’s supposed to say “Maybe not today, but soon…And by my hand”.

12.) That “ramen and peanut butter” line is something my assistant Cynthia Gerriets says every payday.  When Val speaks I hear Cynthia’s voice in my head.

14.) “Barajas” is named after www.ComicsBeat.com contributor and author of El Loco Henry Barajas. For obvious reasons.

15.) Criscione takes his name from the owner of Jesse James’ Comics, Jesse James Criscione.  He’s totally not actually a mobster.

17.) The “Nabokov” and “Humbert” pedophilia references are for my Russian Literature major bros.

21.)  Look at how good that second panel is.  That’s some G.I. Joe stuff right there.  Joshua Covey is my hero. 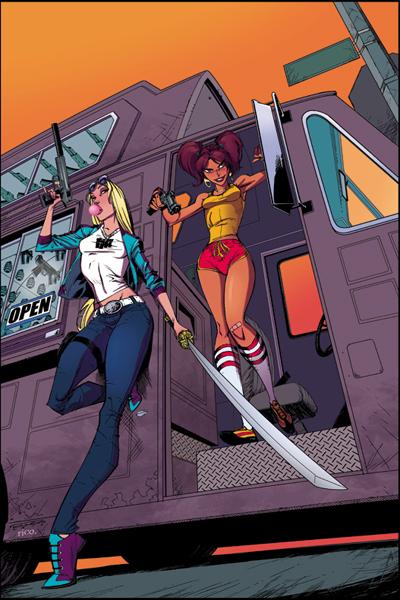 I start flyin’ solo with issue #3.

Joshua Covey is on interiors! That guy is RAD.