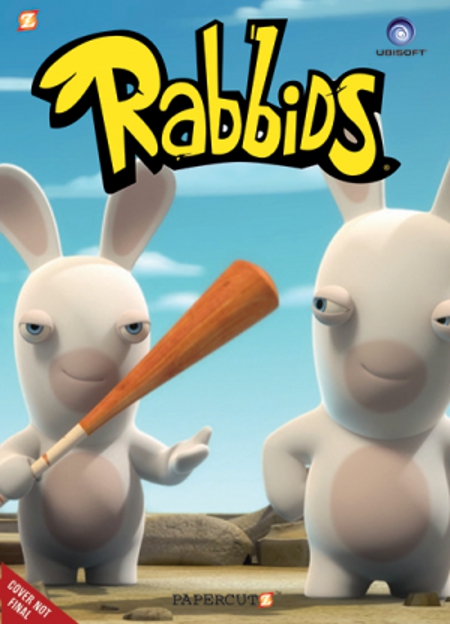 “Papercutz will launch a new series of graphic novels tied to the Ubisoft Rabbids game franchise this fall.  ‘Rabbids Vol. 1: What Happens in Vegas…’, by Eric Esquivel, will launch in October as a 64-page, 6″ x 9″ trade paperback at $7.99 ($12.99 hardcover).

Over 14 million units of the Rabbids video game have been sold worldwide across multiple platforms, and the property has also been making its way into other media.  A 26-episode animated series aired on Nickelodeon last fall to good ratings.  McFarlane Toys began releasing mini-figures, action figures, and plush earlier this year.  And Sony and Ubisoft announced earlier this year that they are developing a feature film based on the property.”