I couldn’t be more thrilled…I live for this pulpy, action/adventure Trash (with a capital “T”).

You folks are gonna flip for it. 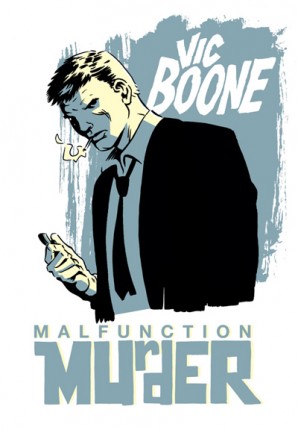 “Former daredevil Vic Boone is a private investigator in a world etched by the science fiction of drive-in movies and early Hollywood. It’s a landscape of robots, ray guns, and regular Joes. But whether his client is a beautiful socialite or a brain that wouldn’t die, Boone is out to get the job done no matter how bizarre” – 215 Ink

“It was an IGN Editor’s Choice, A Best of 2011, and the Stumptown Comicfest’s Reader’s Choice Award” – Shawn Aldridge